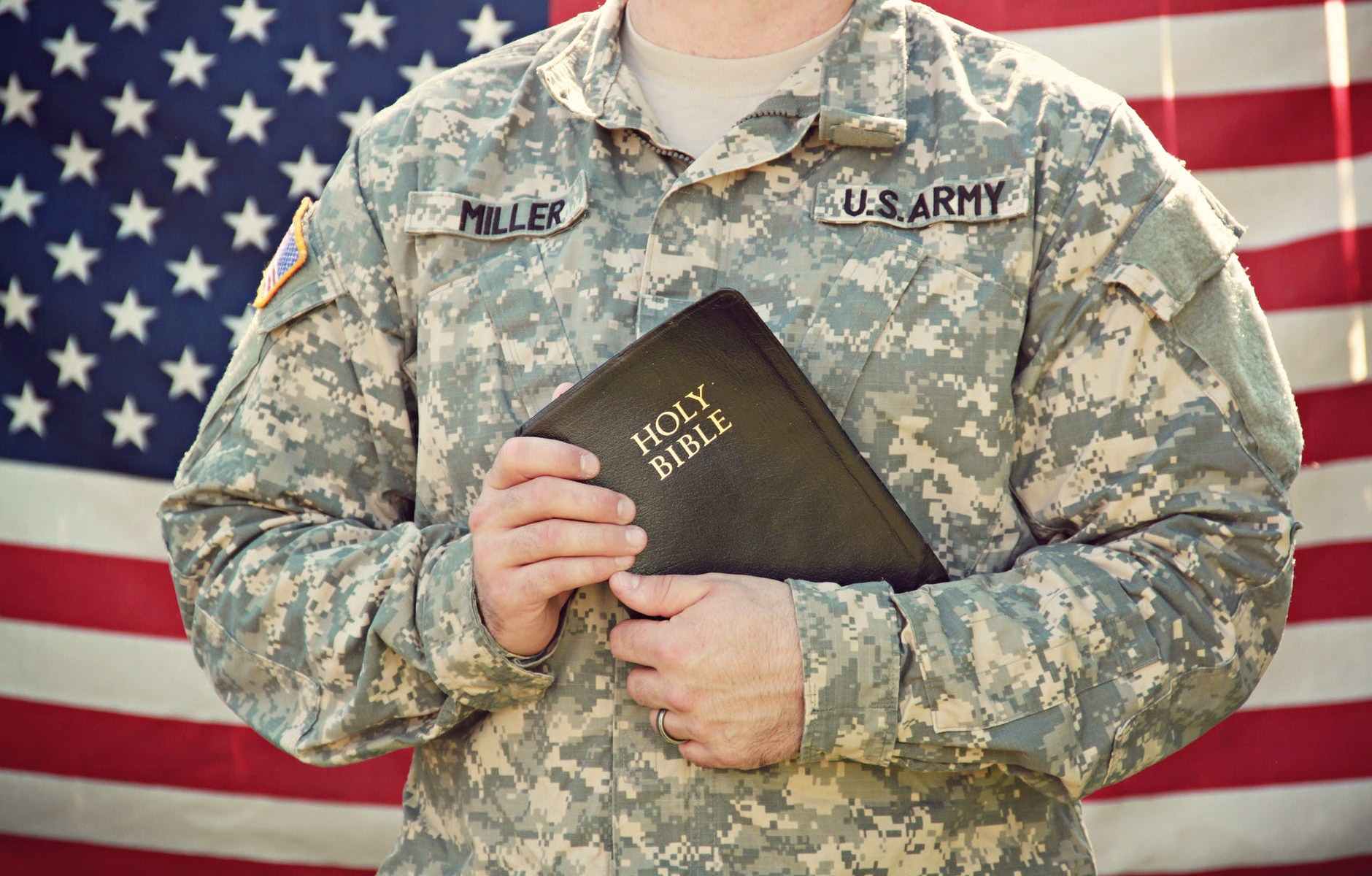 I would never describe myself as a fighter. In my view, it is better to avoid trouble than to stir it up. Some of us remember “The Jerry Springer Show” that kept its ratings by conflict, and more often than not, a fist fight on stage erupted. I knew then as now, that to fight is not the best option. It is better to walk away from trouble than to dive into it, but there are situations when we need to stand and not run.

I remember one of those situations many years ago. We had a youth outreach ministry in several rough mobile home parks. At the time, we had a school bus converted into a mobile chapel where we taught the kids.

One evening, just after dark the old bus was lit up in the dark neighborhood when a drunk man stumbled onto the bus wanting to know what we were doing. The intoxicated man forgot his first question when he spotted this cute teenage girl on the bus. He made some verbal advances toward her and took a step in her direction. Not knowing exactly what to do, I instinctively stepped between him and the girl. I didn’t verbally threaten him but simply became an obstacle in his path—standing in his way.

I don’t remember the conversation that followed but he soon left the bus and with a sigh of relief we continued our meeting. I certainly didn’t want a “rumble in the jungle” but I was determined to keep that young girl safe. All it took was to stand.

In spiritual warfare, we must stand. The forces of Satan are in full combat mode and we who are empowered by God must stand. Intercessory prayer is when we “stand in the gap” for others through prayer in the name of Jesus.

One of the greatest and most familiar scriptures about spiritual warfare is in the Book of Ephesians. In these verses are several phrases about being strong in the Lord and taking a “stand” or to “withstand” evil. This scripture also describes the battle armor of those who are equipped to do battle in prayer.

Ephesians 6:10-18 NKJV
(10) Finally, my brethren, be strong in the Lord and in the power of His might. (11) Put on the whole armor of God, that you may be able to stand against the wiles of the devil. (12) For we do not wrestle against flesh and blood, but against principalities, against powers, against the rulers of the darkness of this age, against spiritual hosts of wickedness in the heavenly places. (13) Therefore take up the whole armor of God, that you may be able to withstand in the evil day, and having done all, to stand. (14) Stand therefore, having girded your waist with truth, having put on the breastplate of righteousness, (15) and having shod your feet with the preparation of the gospel of peace; (16) above all, taking the shield of faith with which you will be able to quench all the fiery darts of the wicked one. (17) And take the helmet of salvation, and the sword of the Spirit, which is the word of God; (18) praying always with all prayer and supplication in the Spirit, being watchful to this end with all perseverance and supplication for all the saints-

I have never tried it, but experts say if you encounter a black bear in the woods you should never run. You should make yourself big by raising your arms, shout at the bear, and take a stand. If you run, you are telling the bear you are a prey animal instead of a powerful predator.

All tyrants in the history of the world have ruled by fear. They invent cruel methods of torture and murder to strike fear in the hearts of their subjects so they will run. The crucifixion was one such method used by the Romans to cause fear that would oppress the people into submission. The devil is a defeated foe who rules by terror and deception. We need to stand against evil.

Who does a tyrant fear? Someone who is willing to die for a cause. The person who is willing to take a stand even to the point of death is a tyrant’s worst nightmare. All over the world and through the centuries, Christians have been persecuted in an attempt to suppress the message of Christ, but they have stood strong and even flourished in the darkest of times.

To stand means more than getting on our feet. It is to resolutely resist. It is saying, “We are not backing down.” We may end up a bloody mess, but we are not running; we will stand. Courage is not the state of being unafraid—it is standing when we are afraid. The greater the enemy coming against us the more spiritual courage it takes.

In ancient warfare, one of the greatest attributes about a warrior was one that would hold rank; meaning in the thick of battle, he would not “cut and run”. King David had such warriors as described here, “All these men of war, who could keep ranks, came to Hebron with a loyal heart, to make David king over all Israel; and all the rest of Israel were of one mind to make David king” (1 Chronicles 12:38 NKJV). These brave warriors would stand their ground and fight. If one ran, it would negatively motivate someone else to run. Yet, if enough warriors held rank, it would encourage others to stand and fight.

The forces of evil are against us, whether we realize it or not. The question is, will we stand?

The great thing about spiritual warfare is that we do not stand in our own strength but in the power of God. “Finally, my brethren, be strong in the Lord and in the power of His might” (Ephesians 6:10 NKJV).

We should be encouraged as Joshua was by God in Joshua 1:9 (NKJV), “Have I not commanded you? Be strong and of good courage; do not be afraid, nor be dismayed, for the LORD your God is with you wherever you go.” The battle is the Lord’s, so stand up, hold rank, and fight.