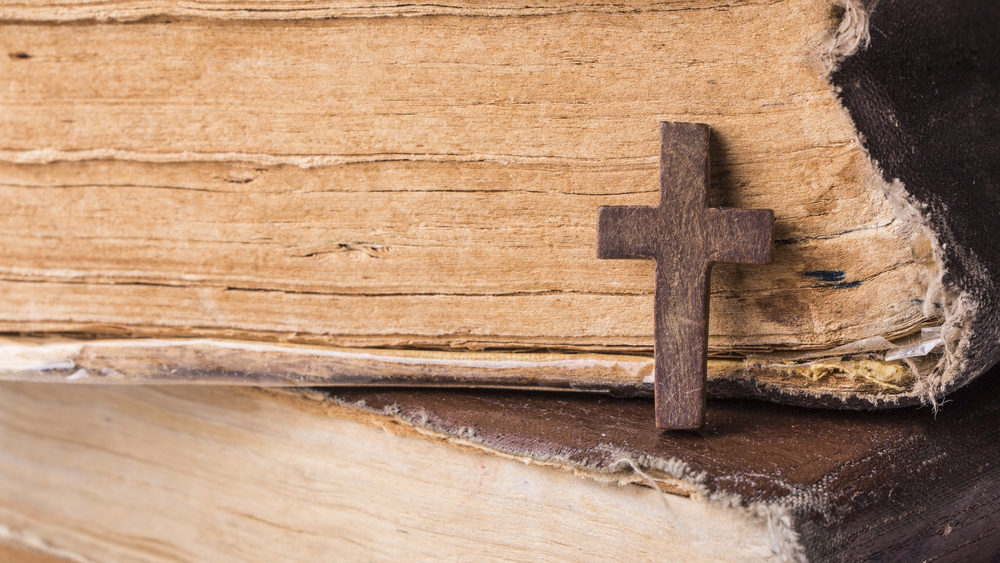 We often hear people say they want to make a difference in the world. Most who say that usually have a motivation toward a positive difference even though their idea of change may not result in a positive difference. Many people have a world view based on an incorrect assumption rooted in falsehood. They operate on ideas that are counter to the truth.

During the Apostle Paul’s second missionary journey when he traveled into Thessalonica, a city of Macedonia (present day Greece), he ran into opposition against the Gospel of Christ.  The accusation brought against him, and his team was this, “These who have turned the world upside down have come here too” (Acts 17:6c NKJV).

The message of the Christian missionaries was one to turn the world right side up, but the enemies of the Gospel said they were turning the world “upside down”.  It is more than a difference of opinion but one of truth versus a lie and good versus wickedness.

The truth is quite simple.  The world is sinful, and all humans are born sinners alienated from God by their sins.  Jesus Christ died on the cross and was resurrected to make a way for man to be reconciled to God and to be empowered by the Holy Spirit to live as children of God. “For this purpose the Son of God was manifested, that He might destroy the works of the devil” (1 John 3:8 NKJV). This is the Gospel in a nutshell.

Again, when Paul and his missionary team began to preach this Gospel, those who opposed it said they were turning the “world upside down”. In fact, Team Paul were trying to turn the world right side up.

Jesus said those who walk in darkness would not come to the light.  Listen to His words, “And this is the condemnation, that the light has come into the world, and men loved darkness rather than light, because their deeds were evil” (John 3:19 NKJV).  Folks enjoy their brokenness and do not want to reminded of a better way.

There is an evil hatred of the Gospel of Christ when it is preached in power and truth.  Those who preach this truth are hated by the world and the worldly systems that are orchestrated by Satan himself.

The enemy of God is not a rival to God because God could squash him like a bug instantly if He so determined; and will in His own timing throw the enemy of God’s creation into the pit of Hell forever.  Satan is a defeated foe with his final judgment sure yet coming.

From the mouth of Hell comes a frothing lie because Jesus says this about the devil and his words, “When he [devil] speaks a lie, he speaks from his own resources, for he is a liar and the father of it” (John 8:44 NKJV).

There is a vile hatred of the truth adrift in the world. Men twist words to stabilize a narrative of lies to fortify their own sin and their alienation from God. The world is filled with information as never before and it takes spiritual discernment to separate fact from fiction. The masses march toward the cliff of destruction on a road paved with lies saying the “wrong way is right” and the “bad should be up and declared good”.

The Prophet Isaiah cries from 2700+ years ago with this truthful warning, “Woe to those who call evil good, and good evil; Who put darkness for light, and light for darkness; Who put bitter for sweet, and sweet for bitter” (Isaiah 5:20 NKJV)!

From the power centers of this fallen world come the biggest lie—that there is no absolute truth. This is where they begin their effort to unravel the blanket of truth and weave their tangled threads of lies. It is ironic they say with a demeanor of absolute certainty, that there are no absolute truths. Satan first caused doubt in God’s Word when he asked Eve, “Has God indeed said…?” (Genesis 3:1b NKJV).

“For the wrath of God is revealed from heaven against all ungodliness and unrighteousness of men, who suppress the truth in unrighteousness, / because what may be known of God is manifest in them, for God has shown it to them” (Romans 1:18-19 NKJV).

It will take the powerful revelation of God to turn the hearts of the unbelievers to Himself. The seeds of the Word of God which we sow need to be germinated by the Spirit of God in the hearts of unbelievers before they become believers.

We must keep declaring the truth of the Word of God and depend upon God to give revelation in the hearts of men. This is the spiritual battle of the Kingdom of God in the midst of a fallen world. Truth leads to honor and glory in the presence of God; it is the right side up.